The Caster Chronicles Wiki
Register
Don't have an account?
Sign In
Advertisement
in: Citations needed, Out of universe, Adaptations
English 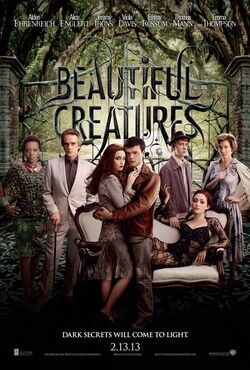 With Alcon Entertainment having bought the film rights to make the series into a film franchise in 2009, and Richard LaGravanese in charge of the writing and the directing part of the movie, production began on April 15, 2012. The movie had been originally slated for a February 1, 2013 release date, but due to conflicts with several other movie release dates, it has been pushed back to an official February 14, 2013 theatrical release. On September 19, 2012 the official teaser trailer was released along with the teaser movie poster.

The film opens in Gatlin, South Carolina, where Ethan Wate awakes from a recurring dream of a girl he doesn't know yet cannot stop thinking about. Ethan narrates about how he enjoys reading banned books, despairs his small town existence and dreams of leaving for college.

Arriving for his first day of junior high, Ethan takes notice of newcomer Lena Duchannes, about whom the other students spread gossip regarding her reclusive uncle, Macon Ravenwood and her family being devil worshippers. Overhearing these whispers, Lena tenses and the windows of the classroom shatter all at once, amplifying the fears and suspicions of the class and the townspeople at large that she is a witch.

On a drive home, Ethan nearly runs over Lena, whose car has broken down. He gives her a ride home and the two bond over their shared love of poetry and having both lost their mothers. Ethan drops Lena off but later finds a locket and returns to the mansion to give it to her as a present. The touch of the locket triggers a shared flashback to the Civil War, after which he awakens at his home. Macon disapproves of their growing romance and conspires with Ethan's nanny, Amma, to keep the two separated but Ethan persists and Lena confesses that she and her family are "casters", capable of performing a variety of magical spells such as changing the weather and illusion casting. On her 16th birthday, Lena's true nature will steer her towards either the Light or the Dark and Lena fears being consumed by evil and hurting those she loves. Ethan insists she is responsible for her own choices and that regardless of her insecurities she is a good person.

Matters are complicated by the arrival of two immensely powerful Dark Casters who aim to push Lena to the dark: Ridley, Lena's provocative cousin/childhood friend and Sarafine, Lena's mother, who has possessed Mrs. Lincoln, and foresees Lena becoming a far more powerful caster than her. Furthermore, Lena and Ethan use the locket to re-experience the flashback in its entirety: their ancestors, caster Genevieve Duchannes and the mortal Ethan Carter Wate were in love. Ethan was shot in battle and Genevieve revived him using a forbidden spell that caused her to go dark and curse the women of the Duchannes family line. They consult with Amma, who is in fact a seer/keeper with a secret collection of caster books beneath the town library. The most ancient of these tomes, the Book of Moons, reveals the secret to undoing the curse; one of Lena's loved ones has to die. Unwilling to take Ethan's life, Lena instead erases his memories of their time together.

Ridley seduces and brainwashes Ethan's best friend Link and gives him a real bullet to use in an upcoming Civil War reenactment of the Battle of Honey Hill taking place on Lena's birthday. During the reenactment, Link meets Ethan at a remote spot and the two agree to "kill" each other so they can ditch the reenactment. While at the ceremony for her 16th birthday, Lena feels the shock of the curse being broken and runs off to Ethan, clutching his dying body as Ridley and Sarafine egg her on to give in to her grief and accept the dark willingly. Lena lashes out in anger, sending lightning strikes through the crowd of Confederate soldiers until Ethan transforms into Macon, having previously disguised himself as Ethan to become the sacrifice needed to break the curse. His dying words are for Lena to "Claim yourself" and she causes the moon to disappear, stopping it from claiming her for the dark, an act never happening in Caster history. Lena allows Ridley to flee and pulls Sarafine from Mrs. Lincoln's body and uses a binding spell to seal Sarafine for good.

Six months later, a still-amnesiac Ethan stops by the library before leaving for a college campus tour and apologizes to Lena for not having gotten to know her during their time in Gaitlin. She gives him a book she is reading that he clearly likes as a "getting out of town present" (possibly referencing to his earlier gift to her as a "moving into town" present) and he leaves for the tour as a saddened Lena watches him. Just as Link drives past the town line, Ethan suddenly recalls their memories and their time together. He forces Link to abruptly park on the side of the road and gets out of the car to yell out Lena's name. From way off in the library, Lena hears his voice and looks up. The screen then cuts to black as the credit music begins to play.

Note: Marian Ashcroft's character has been cut from the film and has, instead, been combined with Amma's character in order to create one "elegant" character as confirmed by the director of the film.

Warner Bros. had acquired the rights of Beautiful Creatures in 2009, but the project had been put on hold for years with little action being done to create a movie. However, things began to quickly speed up when it was announced in early 2012 that the director of the movie was chosen to be Richard LaGravenese along with Erwin Soff producing the film.

Production for the movie began in April 2012 with filming, being confirmed by Kami Garcia herself, to be in New Orleans and with a theatrical release date for the movie on February 1, 2013; however due to conflicts with other movie release dates, it had been set back to February 14, 2013. Filming and shooting had begun on April 16, 2012. In early May, the first official picture of Ethan and Lena had been released along with one other photo of a crowd of extras preparing to shoot a scene from the novel. Later on May, 9 2012 an official On the Set/Behind The Scenes video was publically released containing some scenes from the novel being filmed and also several interviews with some of the cast members.

Casting had begun in early 2012 some months before production and filming was set to begin. In late February, it was first announced that Viola Davis (The Help) had received the role of Ethan's nanny, caregiver and Seer Amma. Many fans had answered positively to this. It was later also announced and confirmed that Jack O'Connell (Skins) and Alice Englert had been given the lead roles of the movie, high school love interests of the other, Ethan and Lena. However, Jack O'Connell was forced to back out of the project due to scheduling conflicts. It was later announced that Alden Ehrenreich had officially been given the role and was set to portray Ethan, replacing O'Connell.

It was soon later confirmed on March 2, 2012 that Emmy Rossum (Shameless, Poseidon, The Day after Tomorrow) will be playing Lena's childhood cousin and ex-best friend Ridley. Four days later on March 6, 2012 it was announced that Thomas Mann (Project X) will play Ethan's childhood best friend and on-again off-again boyfriend/love interest of Ridley, Link. Later on on March 13, 2012 it was said and confirmed that Jeremy Irons will be portraying Lena's uncle, Macon. Sometime after this, it was told that Kyle Galler was set to play Lena's cousin, Larkin. After this, Emma Thompson was tied to the project as both Lena's mother, Sarafine, and Mrs. Lincoln. Following this, later information on the cast was given out that Margo Martindale was set to play Aunt Del, Zoey Deutch as "mean girl" Emily Asher and Rachel Brosnahan as Lena's ancestor Genevieve Duchannes family. Other cast members can be seen listed on the official IMDB page of the Beautiful Creatures movie.

Production for the movie is set to begin in April 2012 with filming, being confirmed by Kami Garcia herself, to be in New Orleans and also Louisiana. Filming began in May 2012 and went into late June. Cast members posted pictures of the set, location around the set and of the cast members' trailers online, such as Facebook, as teasers to the fans. Kami Garcia and Margaret Stohl were invited to visit the set while filming was going on and a contest was held so that a few lucky fans of the book series would get to visit the set and meet the cast and authors and watch the movie being filmed. Pictures of the winners meeting the authors and cast were also taken and put online on Garcia's and Stohl's official Facebook pages as was them being interviewed and what they thought of the movie so far after seeing it filmed. Much of the proposed filming locations was in and around New Orleans. Filming has finished as confirmed by Kami Garcia and Margaret Stohl on June 27 2012.

The film has received mixed reviews from critics; it has a 45% positive rating on the film critics aggregator Rotten Tomatoes, based on 156 reviews, with the consensus stating: "Charming romantic leads and esteemed supporting cast aside, Beautiful Creatures is a plodding YA novel adaptation that feels watered down for the Twilight set".

On Metacritic, the film received a "metascore" of 51% (out of 38 reviews), indicating a mixed or average consensus.Owen Gleiberman, in Entertainment Weekly, gave the film a B-, writing, "Beautiful Creatures is arriving in a market-place full of Twilight junkies still eager for their supernatural teen-romantic fix, and the film's concept couldn't be clearer: It's Twilight with the sexes reversed. This time it's the boy who's the mortal: moody, bookish Ethan, the outsider in his sleepy small town." Gleiberman added that though the film "is lushly pictorial and not-too-badly acted...[but] the audience, like Ethan, spends way too much time waiting around for Lena to learn whether she's a good girl or a bad girl."

The film review website ScreenRant called the film "a choppy and melodramatic experience with very little payoff beyond the central love story. Worse yet, overlooking the usual on-the-nose dialogue about eternal love and sacrifice, this tale of star-crossed sweethearts is especially cheesy and unconvincing – even when compared to similarly heavy-handed young adult novel-turned-movies. Fans of the supernatural romance sub-genre will get about what they expect..."

David Denby of The New Yorker wrote that the movie "is a classic example of the confusions and the outright blunders that can overtake talented people who commit themselves to a concept driven purely by the movie marketplace... Alas, the satirical energy and Ethan's bright talk dissipate after a while." He praises a scene from the Civil War flashback which "appears as Ethan and Lena are watching a movie in a local theatre, but only they can see it" as "an interesting idea that I wish LaGravenese had pursued as a parallel narrative. This kind of movie, however, demands not interesting ideas but whooshing spectacle and madly redundant climaxes and a soundtrack filled with thuds and a shouting female chorus."

According to fans of the series, it has received mixed reviews. Some fans have expressed that they loved the film and highly favored the movie and the way it was layed out. While, on the other hand, others have outright declared their hatred of the movie, calling out all of the differences between the film adaptation and the novel.

Differences between novel and film 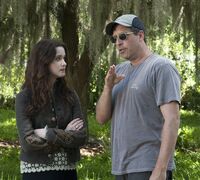 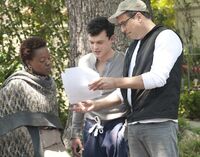 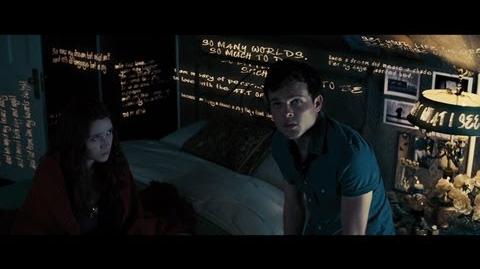 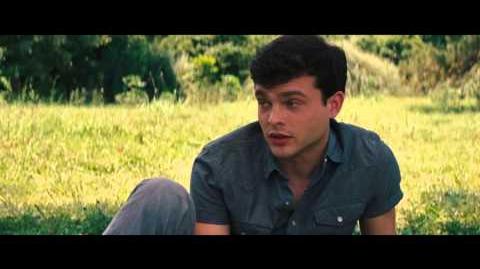 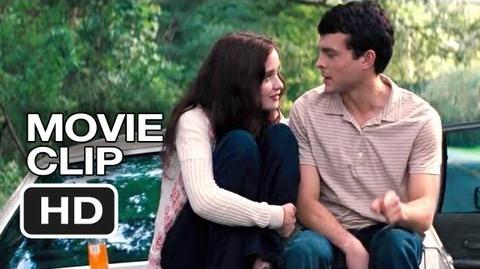 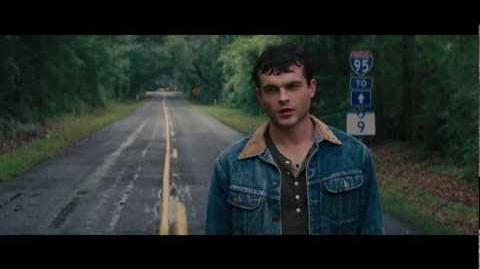 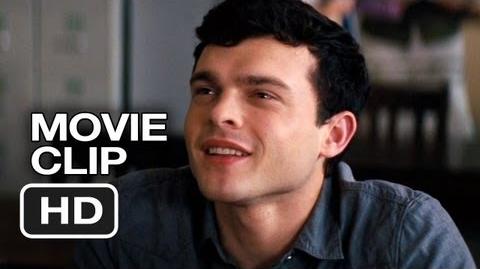 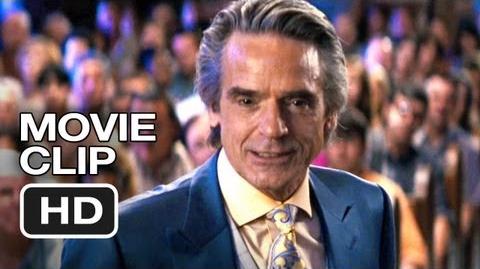 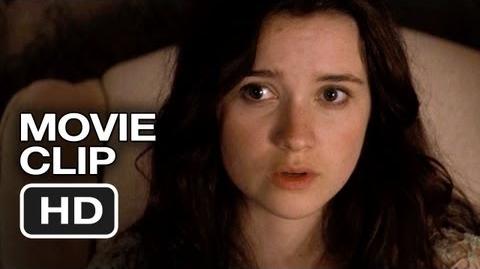 Beautiful Creatures Movie - "Are You A Witch?" 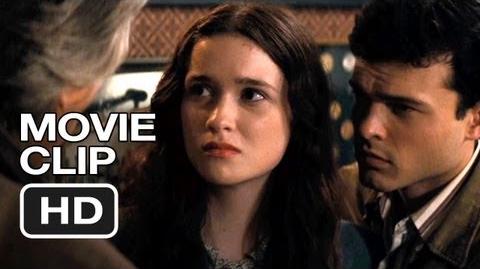 Beautiful Creatures Movie - "You control your own nature"

Beautiful Creatures Movie - "You Can Do It" 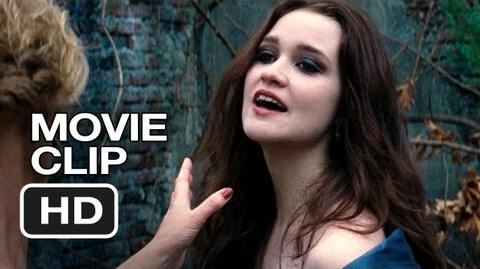 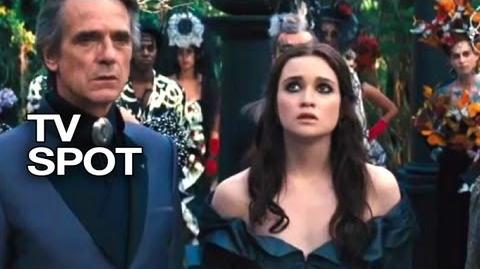 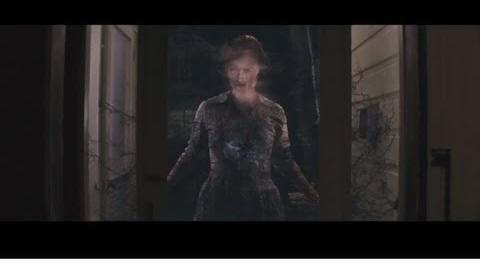 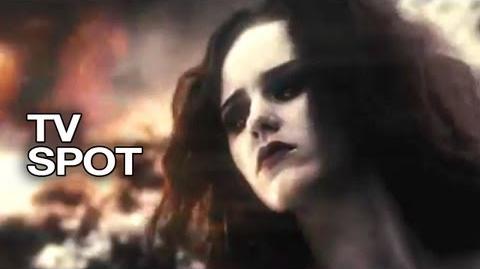 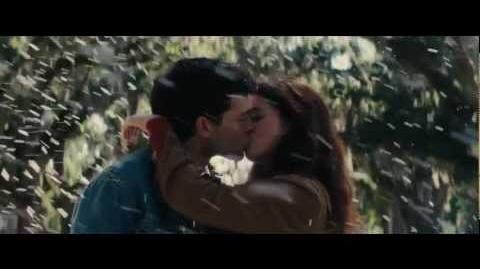 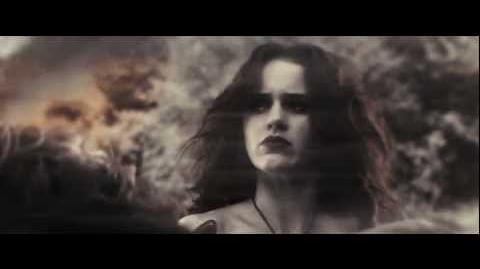 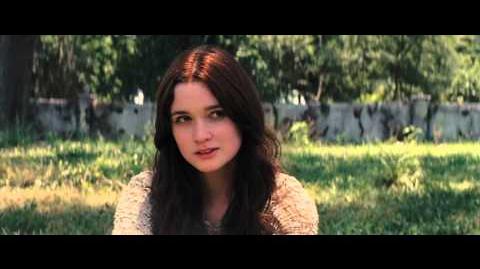 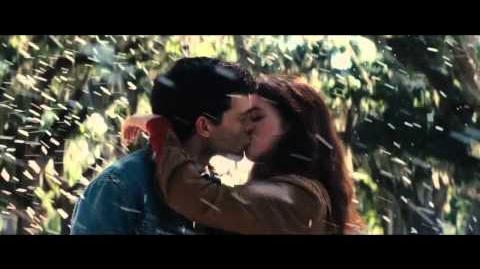 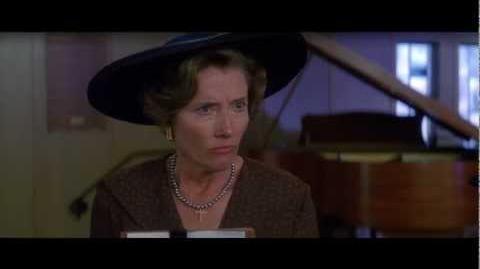 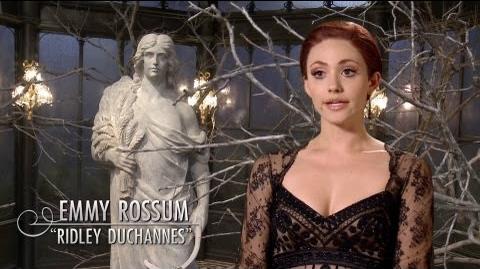 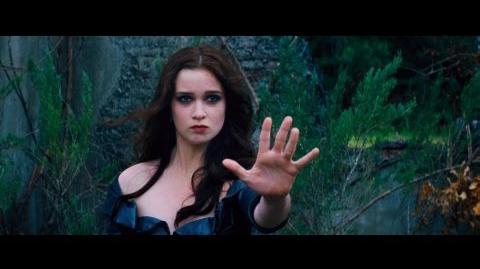 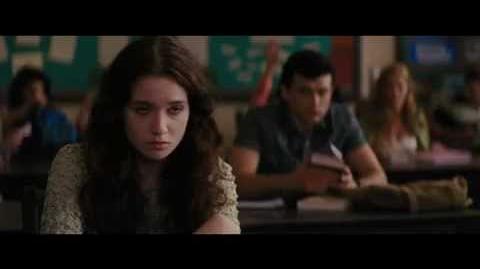 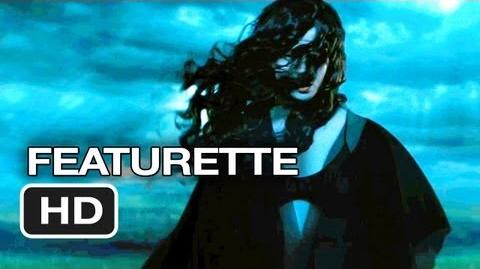